-=-=-=-=-=-
In the name of Allah, compassionate & merciful بِسْمِ اللهِ الرَّحْمنِ الرَّحِيمِ
Peace be with you السلام عليكم
-=-=-=-=-=-
I love this outfit but I don't have the guts to wear it out in public. Right now I am STILL hiding in my husbands sweatshirts and sweatpants. I really did want to change my wardrobe so that I could feel better but I am pregnant and my clothes just don't fit any more. Plus I don't want to buy clothes I will not fit in a couple of months from now. You see, when I buy something I wear it for YEARS. Any advice for a preggers sis? 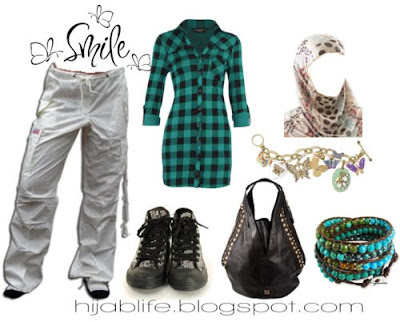 Posted by .::Tuttie::. 2 comments Links to this post
Email ThisBlogThis!Share to TwitterShare to FacebookShare to Pinterest
Topics: Outfit of the Day

Green, How I love you GREEN!

-=-=-=-=-=-
In the name of Allah, compassionate & merciful بِسْمِ اللهِ الرَّحْمنِ الرَّحِيمِ
Peace be with you السلام عليكم
-=-=-=-=-=-
I absolutely LOVE that scarf with the green flowers! I am thinking of buying a plain white scarf and adding the details myself. The sweater to cover the arms is a little too tight so I probably wouldn't button it and I would get it in a larger size. Oh, and of course the chucks had to be there ;D 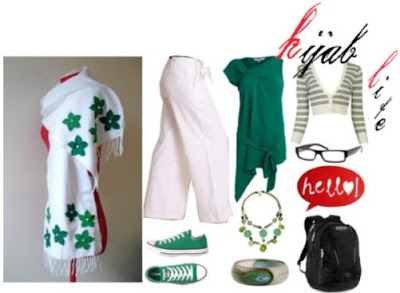 ps. the title for this post was taken from one of my fave poems ROMANCE SONÁMBULO by Federico García Lorca.
...Verde que te quiero verde...
Posted by .::Tuttie::. 0 comments Links to this post
Email ThisBlogThis!Share to TwitterShare to FacebookShare to Pinterest
Topics: Inspiration

-=-=-=-=-=-
In the name of Allah, compassionate & merciful بِسْمِ اللهِ الرَّحْمنِ الرَّحِيمِ
Peace be with you السلام عليكم
-=-=-=-=-=-
I ♥ ♥ ♥ ♥ your style! For anyone out there looking for some fun pieces check out the items she has for sale! My three faves. 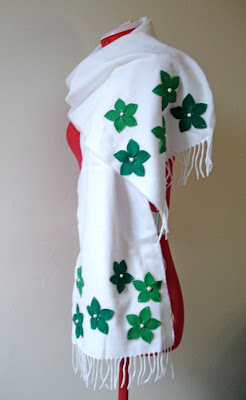 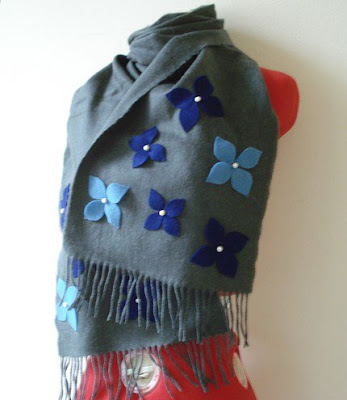 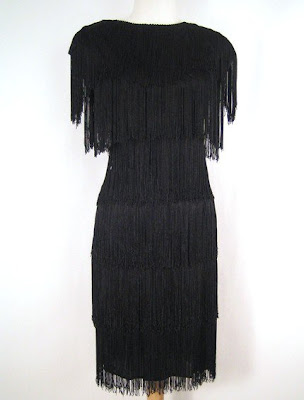 flapper anyone?
EDIT: Oh and this GAWGEOUS dress! 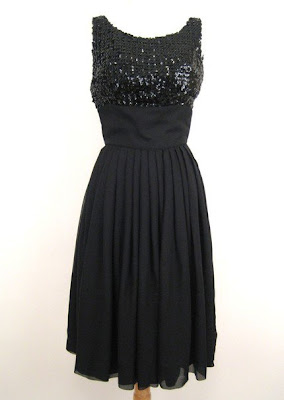 EDIT: Oh and this OTHER GAWGEOUS dress! Kinda looks like the one Paris Hilton wore while in Dubai 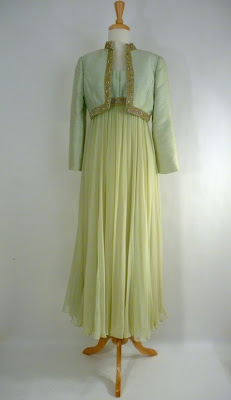 Posted by .::Tuttie::. 1 comments Links to this post
Email ThisBlogThis!Share to TwitterShare to FacebookShare to Pinterest
Topics: Inspiration, Sisters

There is no such thing as "Islamic" clothing

=-=-=-=-=-
In the name of Allah, compassionate & merciful بِسْمِ اللهِ الرَّحْمنِ الرَّحِيمِ
Peace be with you السلام عليكم
-=-=-=-=-=-
There is either modest or immodest clothing, tight or loose, comfortable or uncomfortable but nothing per se "Islamic." Clothing may conform to the Islamic code of morality and hijab but that is about it. When the Prophet (saw) came with revelation he didn't bring a new set of clothing with him, never before worn by a previous people. Rather, from my weak understanding, they took from the clothing that was readily available and wore it modestly.

I think you can dress modestly and still abide by the rules of hijab by simply wearing loose and modest clothing and by matching your actions to the rules as well. I am getting tired of people trying to figure out my identity. I DO NOT HAVE AN IDENTITY CRISIS!

I know I am a Muslim who loves her niqab and wears whatever is available to her that is still hijab. I am not Arab, Arab wannabe, Asian or Asian wannabe. So get off that already! Because I don't think any one race or country has a patent on their national garb. If I like it, I wear it. If you can't handle that then that is your hang ups you are trying to pin on the rest of us.

Because I know EXACTLY who I am.

Posted by .::Tuttie::. 2 comments Links to this post
Email ThisBlogThis!Share to TwitterShare to FacebookShare to Pinterest
Topics: Islamic Identity

Wanna look good in anything?

-=-=-=-=-=-
In the name of Allah, compassionate & merciful بِسْمِ اللهِ الرَّحْمنِ الرَّحِيمِ
Peace be with you السلام عليكم
-=-=-=-=-=-
I mean ANYTHING? buy clothes that fit you. Yes, that simple! Don't buy clothes for the future when you loose that extra five pounds or gain them. Since my first pregnancy I still weigh 143lbs, 10lbs over my pre pregnancy weight and I have been in the dumps about it. I have bags of clothes that no longer fit me and I have been wearing my husbands sweatpants and sweatshirts. As a result I look like a sloppy stereotypical mom who happens to wear a niqab and it is not the image I would like to portray. I mean I am only 24 years old and there is no reason for me to have all these body image issues right now or ever!

I really didn't realized how much of a difference wearing clothes that fit had on your whole well being until yesterday. I haven't purchased any skirts, tunics, abayas or even niqabs in the past 3 years! and that also extends to the intimates. I know tmi! Anyway, I bough 59 pairs of underwear (all kinds) and cute ankle socks among other items and OMG. ITS AWESOME!

I mean I actually like the way I look in them and although we can't afford for me to get a brand new wardrobe we are putting money a side so I can start dressing more appropriately. Yay! Once I get a camera (my first EVER!) I will start taking pcs of what I wear. I hope that , inshaAllah, it will motivate me to dress a little better. I feel like a total different person and all I did was to wear clothes that fit me. Not soo baggy that I look like I am homeless and wearing everything I own or so tight that it is not even hijab.

I think Muhammad Alshareef mentioned in a previous speech that you should appreciate how you look right now. Yeah I want to go back to my pre pregnancy bod but there is someone out there who's goal is to be my current weight. Like they say, the grass is always greener on the other side. I think the grass is greener wherever you are because we live in the present not the future nor the past. alhamdulillah

Posted by .::Tuttie::. 3 comments Links to this post
Email ThisBlogThis!Share to TwitterShare to FacebookShare to Pinterest
Topics: Respect

In the name of Allah, compassionate & merciful بِسْمِ اللهِ الرَّحْمنِ الرَّحِيمِ
Peace be with you السلام عليكم
DUDE! If I was still in school and in the area I would join... ahem out of curiosity of course. Anyway, I LOVE sisterhood and all the sororities I looked in to in college were a little catty to say the least. Their motto is “sisterhood, scholarship, leadership and community service” doesn't seem so out of the ordinary.

The sorority started in 2005 and has five chapters in the areas surrounding Chicago, Philadelphia and Washington, and the national headquarters in Alexandria, Va. Each chapter is regional rather than school-based and pulls from multiple colleges. Atlanta’s members have attended Spelman, Clark Atlanta University, Georgia Perimeter College and other institutions.

Article HERE if it doesn't direct you there copy paste the below link.
http://www.ajc.com/lifestyle/muslim-women-embrace-sorority-272595.html?cxtype=ynews_rss

What do you think?
Posted by .::Tuttie::. 0 comments Links to this post
Email ThisBlogThis!Share to TwitterShare to FacebookShare to Pinterest
Topics: Sisterhood